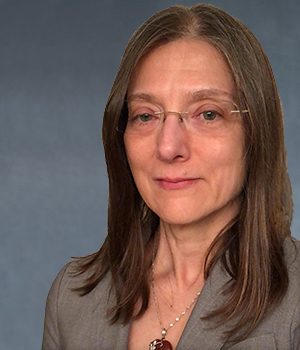 Dr. Caroline Kilbourne is a senior scientist in the X-ray Astrophysics Laboratory of NASA’s Goddard Space Flight Center, where she’s been developing low-temperature microcalorimeters for high-resolution x-ray spectroscopy since arriving as a post-doc in 1992. She began researching microcalorimeters in 1987 when, as a Stanford graduate student, she adapted NASA thermistor-based calorimeters to a hard x-ray, inelastic scattering experiment by coupling them to thick Sn x-ray absorbers. She came to Goddard Space Flight Center as a National Research Council associate in 1992, and she joined the permanent staff in 1995. Her responsibilities at Goddard have ranged from advanced detector development at the sensor level to optimizing the myriad systems and their interfaces needed to progress from a promising sensor technology to a robust, space-worthy spectrometer.  In 2022 she was awarded a NASA Distinguished Service Medal for her mission-enabling developments.

Dr. Kilbourne is presently an instrument scientist for the XRISM/Resolve x-ray spectrometer, which is readying for launch in a year. She is also a co-investigator on the Athena/X-IFU spectrometer and is actively involved in developing future mission concepts. She is looking forward to applying these milli-Kelvin sensors to a wide range of detailed investigations of the mega-Kelvin, x-ray-emitting Universe.