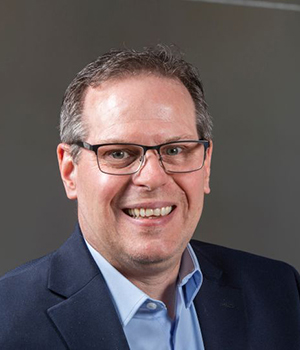 Prof. Lance Cooley is a Florida State University professor in the FAMU-FSU College of Engineering, Department of Mechanical Engineering, in addition to his MagLab roles as director of the Applied Superconductivity Center (ASC) and an associate lab director.

Cooley began his career in superconducting materials in 1986 at the University of Wisconsin – Madison, in the Applied Superconductivity Center under the direction of Prof. David Larbalestier. Lance’s early career, starting with his Ph.D. thesis, explored the ultimate limits of electric current in superconducting wires used for magnets. His thesis was awarded the Materials Research Society Graduate Award for the construction of periodic arrangements of flux-pinning centers at nanometer scale in superconducting wires. He earned a National Research Council Postdoctoral Fellowship at the National Institute of Standards and Technology in Boulder, Colorado, and later returned to Madison, Wisconsin, as a member of the research faculty to further investigate limits of superconductors.

The discovery of superconductivity in magnesium diboride in 2001 prompted Cooley to move to Brookhaven National Laboratory, where he eventually became head of the Superconducting Materials Group. He moved to Fermilab in 2007 to lead the SRF Materials Group, and later the Superconducting Materials Department. During this time, he coordinated external programs at multiple universities, laboratories and industry to improve performance of superconducting radio-frequency cavities and superconducting wires. This led to specifications and international standards related to niobium commerce, for which he received the International Electrotechnical Commission 1906 Award. He joined Florida State University and MagLab in 2017. He is also the manager of conductor acquisition for the Large Hadron Collider High-Luminosity Accelerator Upgrade Project as well as the head of Conductor Procurement and R&D for the National Magnet Development Program, both in the U.S. Department of Energy Office of High-Energy Physics.

Cooley serves as vice-president for publications for the IEEE Council on Superconductivity, which publishes the IEEE Transactions on Applied Superconductivity. He has served on many review panels of the U.S. Department of Energy and the National Science Foundation. He is a fellow of the Institute of Physics and a senior member of the Institute of Electrical and Electronic Engineers (IEEE). He has over 120 refereed publications, and has given more than 30 colloquia, plenary or public lectures.